“Girlish boy, boyish girl – why does it matter at all?”

Jake Ellis doesn’t attach much importance to where he was born. When asked, the 16-year-old resident of Barrie, Ontario says, “Some place in China that I can’t really pronounce. It starts with Z.”

Jake’s identity is not rooted in the usual givens; his life has been one of transformation. When he was adopted as a toddler from China, Jake was Jaden, a little girl. But at the age of twelve, when his adoptive mother died of lung cancer and he went to live with family friends in another city, he decided to act on a deep-seated yearning, and begin a gender transition as well.

In doing so, Jake joins the hundreds of thousands of Canadians who identify as transgender. Statistics in this area are hard to come by. Statistics Canada limits its questions to homosexual (1.7% of Canadians in 2014) and bisexual (1.3%). But extrapolating from U.S. data, Greta Bauer, an epidemiologist at the University of Western Ontario who studies LGBTQ health, estimates that 0.6% of the Canadian population identifies as trans. 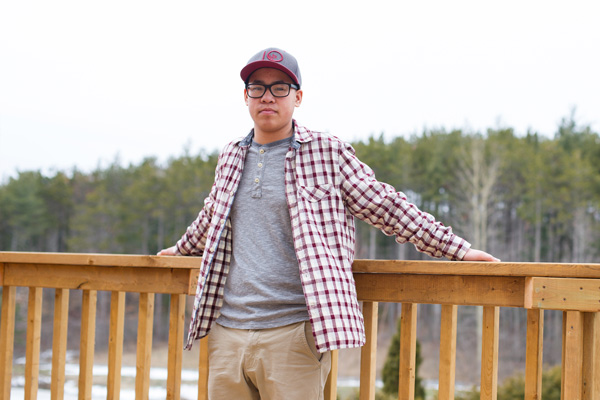 In 2011, 49% of trans students in Ontario had experienced sexual harassment in school in the past 12 months, and 68% reported being verbally harassed about their perceived gender identity.

Regardless of the figure, there is no question that trans people have become more visible in recent years, some would say edging towards the mainstream. Susan Goldberg, the editor in chief of National Geographic magazine, defended her decision to put a nine-year-old trans girl on the cover of the January 2017 issue with the unapologetic assertion that “beliefs about gender are rapidly shifting.”

And with shifting beliefs, come shifts in policy and legislation. Last spring, the federal government introduced Bill C-16, which would make it illegal to discriminate, spread propaganda or commit hate crimes against a person on the basis of “gender identity or expression.”

It’s part of a logical progression. The Canadian Human Rights Act, passed in 1977, enshrined Canadians’ human rights based on grounds such as race, religion and sex. In 1996, “sexual orientation” was added to the Act, as a prohibited ground of discrimination. If Bill C-16 is passed into law, “gender identity or expression” will become the twelfth ground on which a discrimination complaint can be made.

It’s not a seismic shift; most provinces and territories already include gender identity and expression in their own human rights laws.

“Personally I think the bill is a little late in coming,” Jake says. His transition has gone very well, partly because it coincided with other changes – moving to a new city and school – and more importantly because his family, school and doctors have all been very supportive. At school, a few kids picked on him “but the guidance counsellor took care of that,” he says. Jake is allowed to use both the male and the gender-neutral staff bathrooms. 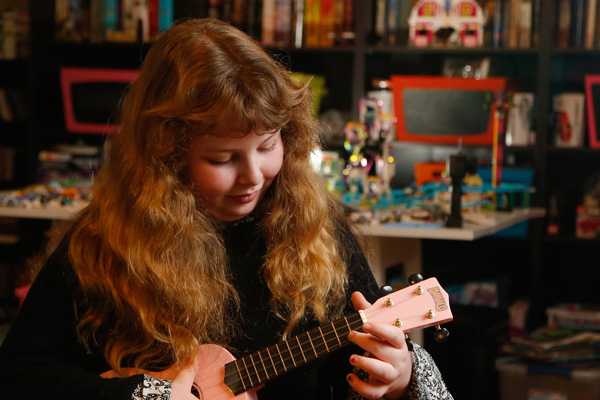 But it’s not always smooth sailing. Charlie Lowthian-Rickert was three years old when she told her parents that she was in fact a girl. They had no problem with Charlie wearing the high heels and fairy wings that she so loved.

But neighbours in their rural community didn’t like it and nor did the local school, where Charlie attended Kindergarten. “The teachers said bad things,” she says. “They made me eat alone at lunch and stand at the back of the line.”

Charlie’s family decided to move to the larger community, where Charlie entered a gifted program at school.“Things have been pretty good since then,” she says, now ten years old. At school she has friends who stand up for her, and she uses the girl’s bathroom. Asked about activities beyond school, she says she loves dance class but she does NOT love shopping.

Having connected with the LGTBQ community, Charlie has heard many tales of bullying, teasing and hardship from peers too intimidated to speak out. Charlie is not shy. She has expressed her support of Bill C-16 in several media appearances and stood alongside other activists and Justice Minister Jody Wilson-Raybould to address reporters on Parliament Hill. “I want to be protected from assault and propaganda,” she says emphatically. “It’s not safe for me.”

“I want to be protected from assault and propaganda. It’s not safe for me.”

Charlie is right. While national data on violence against trans people is not available, a 2014 research study in Ontario found that 20% of trans people had been physically or sexually assaulted for being trans, and another 34% had been verbally threatened or harassed. The same report found that 57% of trans people living in Ontario had avoided public washrooms out of fear for their safety.

What Charlie and Jake want, no different from the rest of us, is to be accepted for who they are, to live their lives, to strive for their goals. Charlie is considering going into politics; Jake wants to be a paramedic.

“Girlish boy, boyish girl,” says Charlie with exasperation, quoting people who try to categorise her. “Why does it matter at all?”

In May 2016, the government tabled Bill C-16, which would add “gender identity or expression” as a new ground in the Canadian Human Rights Act. The Commission applauded the Bill, and worked throughout 2016 to champion the rights of trans Canadians.

In 2010, 47% of trans youth in Ontario had reported thinking about suicide and 19% had reported attempting suicide in the past twelve months.